Lady Zamar album Monarch, hit us like wild wind yesterday. The Sophomore album, is an album that houses a whopping 20 tracks, with just two tracks Low Low and Freedom having features.

IF THIS LINK DOESNT WORK,TRY THE ONE BELOW

Off the album, comes this recording title Freedom. Freedom, is the second track with a feature, as Lady Zamar called on the geniuses of Rapsody on the single. 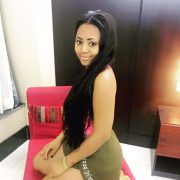